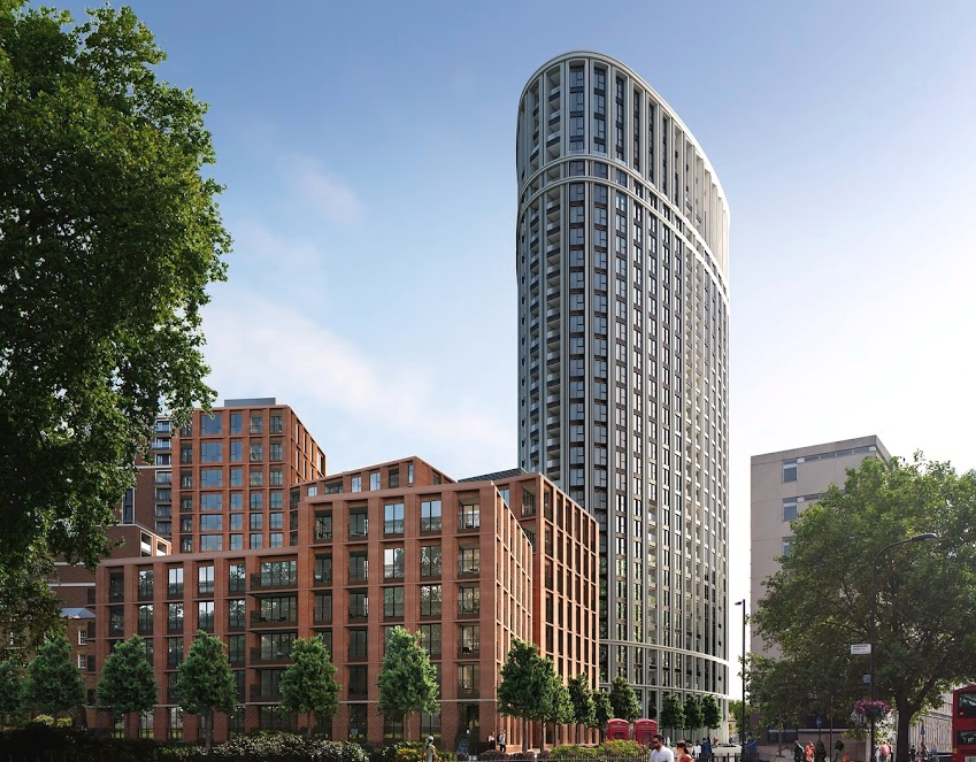 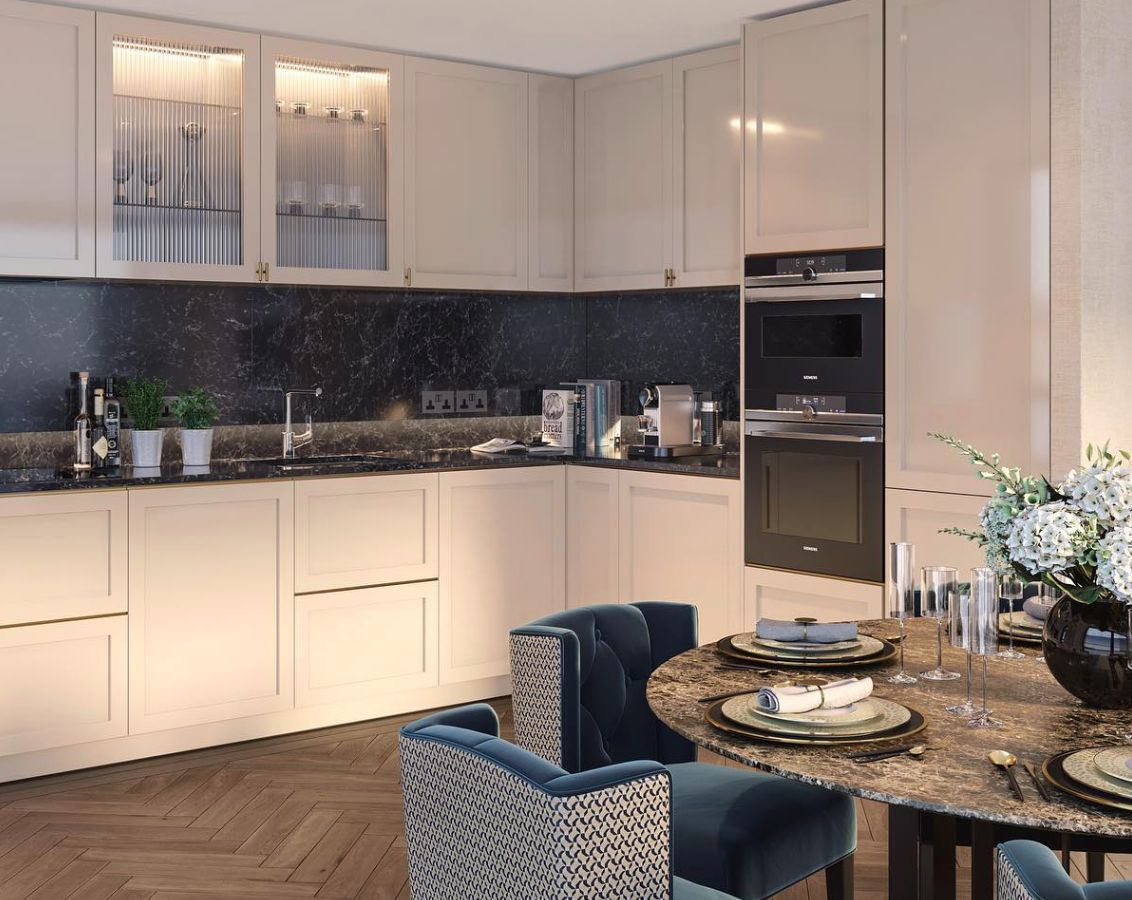 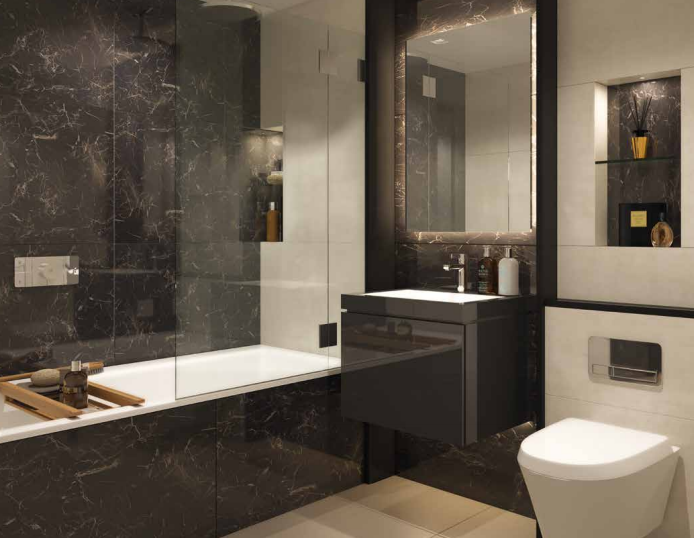 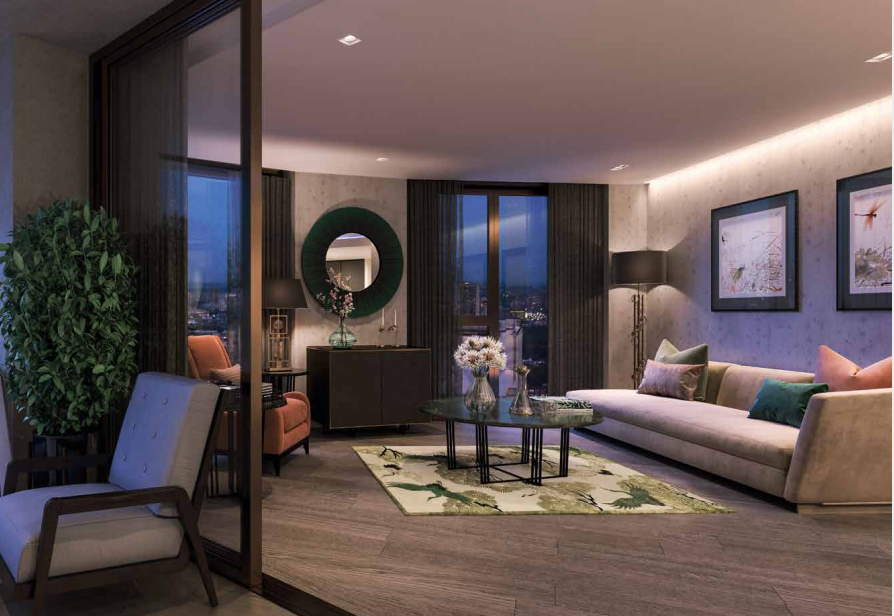 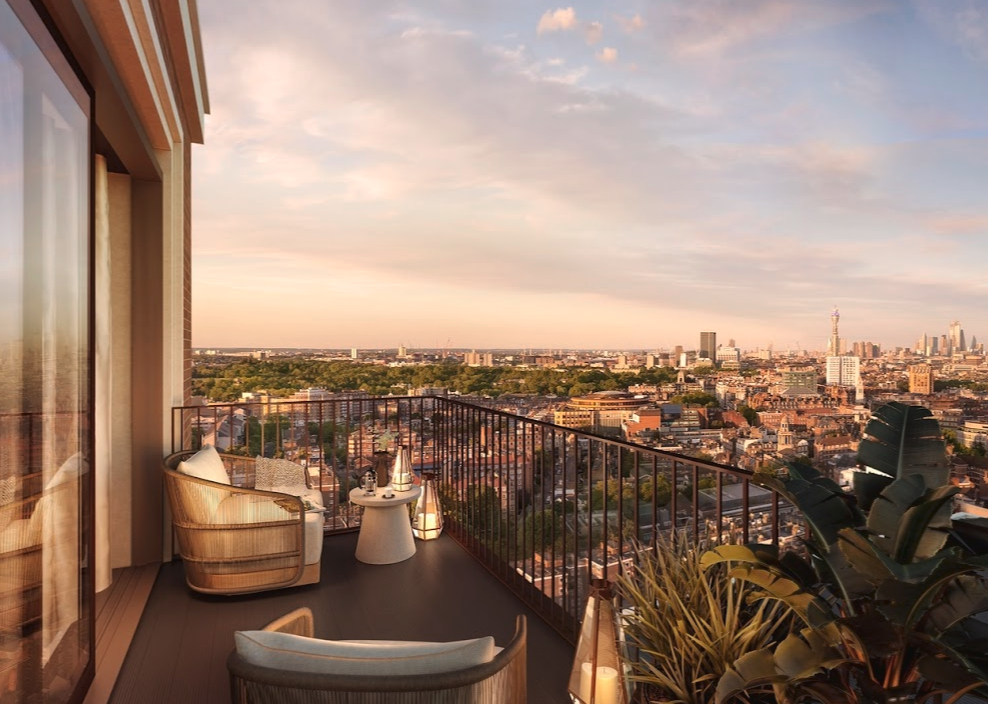 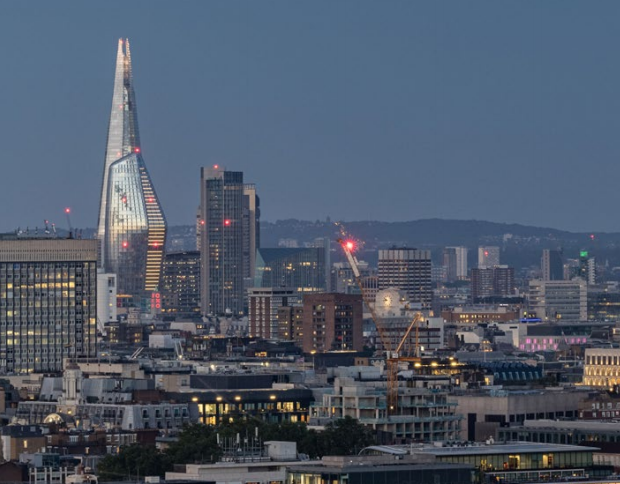 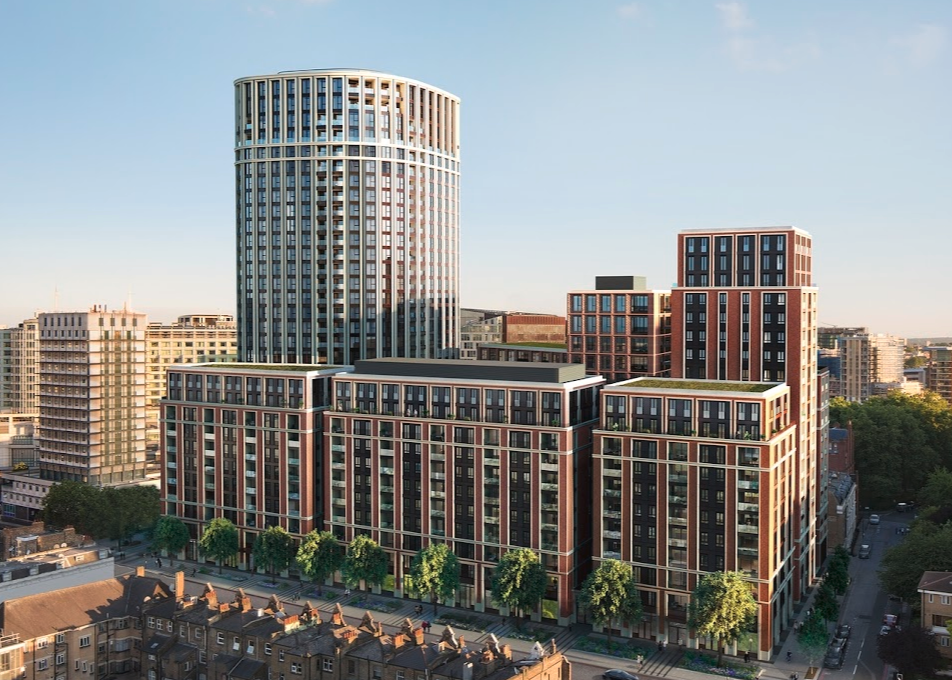 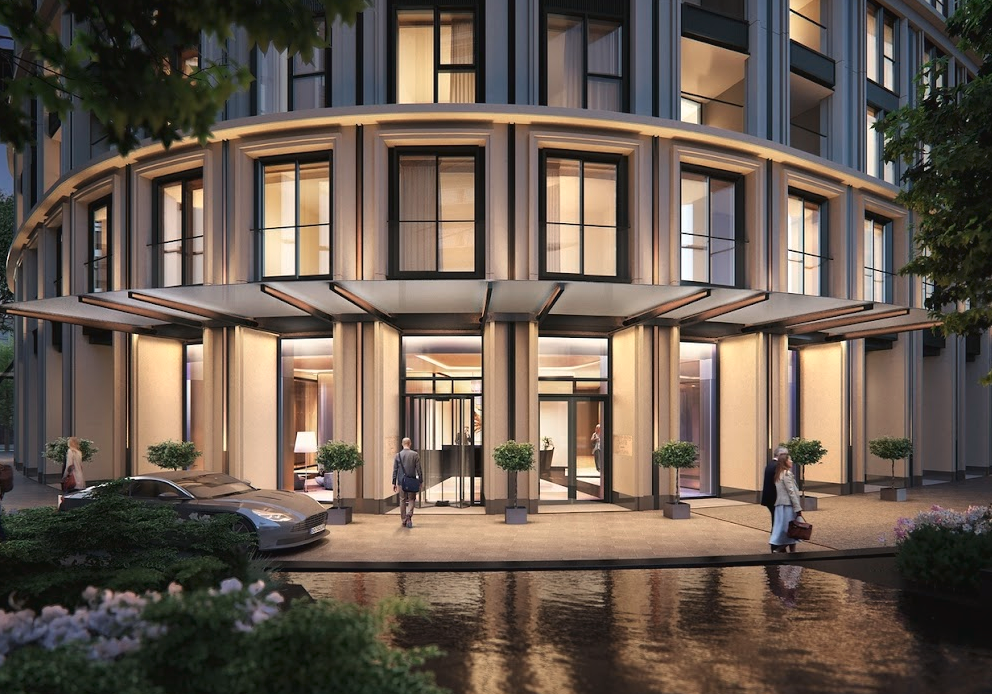 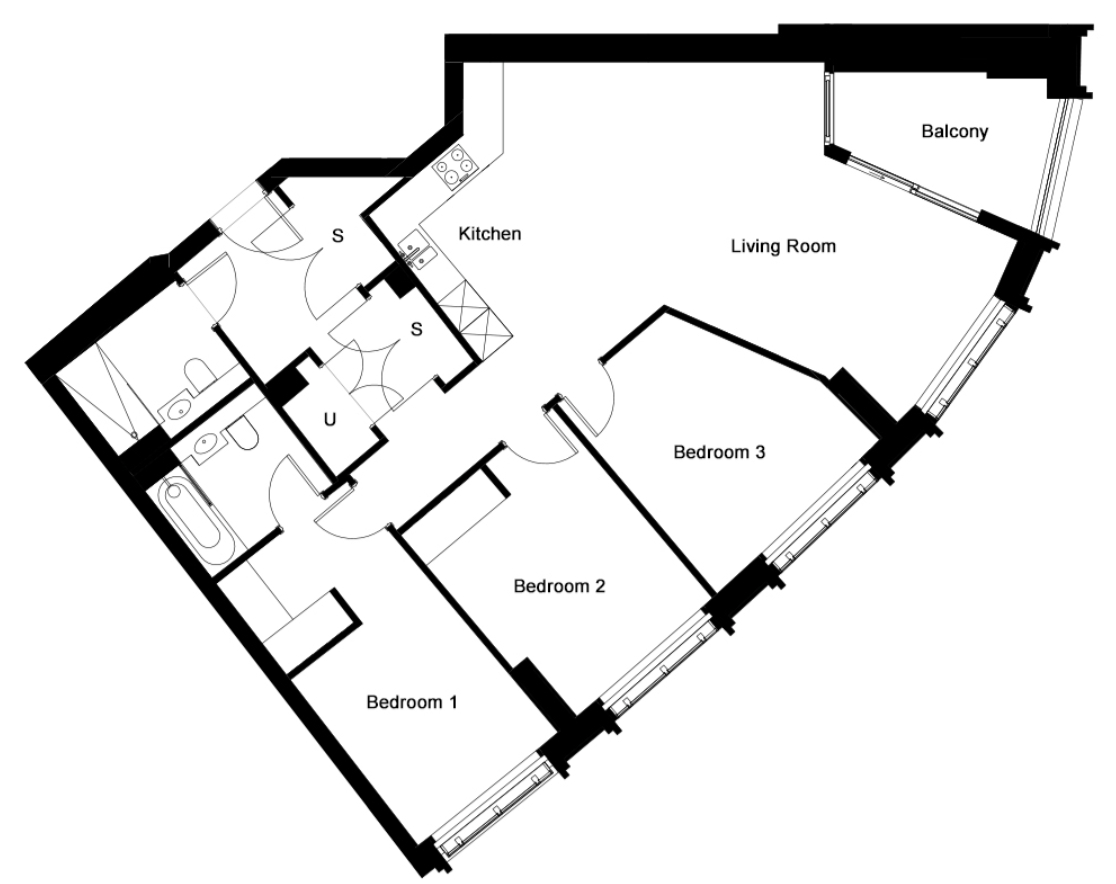 West end gate is located in West London near Marylebone, Soho and Mayfair, namely between Regent Park and Hyde Park.

It is home to the University of Westminster, the London School of Political Economics, Imperial College of Technology and University College London.

The intersection of the four lines enjoys better geographical advantages. It is also close to Selfridges and Harold in Oxford Street, and it is convenient to live and shop.

In this article today, Lansa will tell you about a new expensive market in Paddington, west of London, that is, West End gate Hyde West Park. The main feature of this project is the back garden, which is located in Westminster Abbey.

Before talking about this project, Lansa will tell you about the leisure life of the British people.

If you ask the British people around you "What did you do on the weekend?", the answer is to go to the park for a picnic. Call three or five friends, put on picnic mats, wear sunglasses, and lie on the grass, enjoying the afternoon sunshine. Although London is a prosperous city, no matter where you go, you can easily find the park, providing a good place for local people to relax.

St. James' Park is a garden with a long history in the Royal Garden of London. Buckingham Palace is to the west of the park, the avenue and St. James' Palace are to the north, the British Foreign and Commonwealth Office Building and Downing Street are to the east, and Westminster Abbey and Big Ben are to the south. At the beginning of the 19th century, the British architects transformed the canal flowing through the park into a lake, with green vegetation and wooden reclining chairs built on the lake, becoming one of the beautiful parks in central London.

Hyde Park is located in Westminster Abbey area in the center of London, England, and is a large royal garden in the center of London. Around the central Jiuqu Lake, Kensington Garden on the west side is close to Kensington Palace, which is the birthplace of Peter Pan, the fairy tale. The south side is Princess Diana Fountain, the southeast has a large rose garden, and the north speaker's corner and riding path are worth visiting.

Hyde Park is one of the larger and more popular parks in London, with different highlights in spring, summer, autumn and winter. Tourists can go boating on the Qu Lake in the park, or rent a blue bike to enjoy the beautiful scenery of the park. In winter, Hyde Park will become a charming winter park; This holiday scenic spot includes ferris wheel, ice rink and many coveted food shops, which is a better place for families to spend Christmas.

Regent's Park is the royal garden in central London next to Hyde Park, near Madame Tussauds Wax Museum. There is an open-air theater in the park. Shakespeare's plays will be staged in summer; Queen Mary's Garden is planted with thousands of English roses of hundreds of varieties. The flowers bloom every spring until July and August. In the north, there is the London Zoo and Regent Canal running through, connecting with the Primrose Hill. You can sit on the grass and overlook the beautiful scenery of London.

Can't you decide whether you like to walk by the lake in Hyde Park or enjoy the charming atmosphere of the rose garden in Regent Park?

From then on, the two Royal Parks are like your backyard. You can change your schedule at any time according to your mood.

Hyde West Park is located in a famous block in London. This new residence combines the classical and modern beauty of London. The 30-storey tower is unforgettable. Residents can overlook the City of Finance, Regent Park and Hyde Park at home, and have a panoramic view of London. The community provides a range of facilities, including concierge service, gym, swimming pool and private cinema. With its style and landscape, Hyde West Park will become the focus of attention.

Hyde West Park is located in Paddington, Westminster, central London. The area is adjacent to Kensington in the west, Chelsea in the south, and Maribon in the east. This area has always been regarded as a charming living area, with ideal living environment and superior geographical location, enjoying the life of celebrities in the West End of London.

Hyde West Garden is located in an area with four seasons' beauty and lifestyle. The world-famous commercial and cultural areas such as Mayfair and Soho are close to each other. The design brands, theaters, galleries, and restaurants are within walking distance. There is also the opportunity to meet the aristocratic and rich people of the upper class at any time or in some activities.

Hyde West Park, located in central London, is located in an enviable area surrounded by Mayfair, Marylebone and Soho. There are hotels and shops nearby. In terms of schools, there are educational institutions such as the London School of Business and Finance, Regent University, the University of Westminster, the Art Center of the Royal College and so on. In addition, with convenient transportation, office workers, students or tourists who want to experience the beauty of London all have living needs. Hyde West Park is a very good choice whether for self-living or rental investment.

The Marylebone area, which is close to Hyde West Park, is a luxury residential area with refined living atmosphere. The regional center is the independent boutique and restaurant on the Marylebone Street. The Madame Tussauds Wax Museum and the Sherlock Holmes Museum (the legendary detective's home in 221b Baker Street) are in an endless stream of tourists. The Wallace Collection in this Georgia-style residence contains art and contemporary furniture, which is a model of elegant architecture in the region.

The postcode W2 area where Hyde West Park is located has considerable advantages in education, business and entertainment. It is an investment project that you can't miss.

The traffic near Hyde West Park is extremely convenient, and it is necessary to walk to the Edgware Road station with many trains. There are four subway lines passing through this subway station. The community only needs to walk from the Marylebone Station.

Paddington Station is only a few steps away from Hyde West Park. Paddington Station, which was put into operation in 1854, is the terminal of the Great Western Railway in the charge of the engineer Isambard. The station is made of iron, which seems to retain the texture of that year. Nowadays, Paddington Station has many subway lines to choose from besides the train line: Bakerloo Line (brown line), Circle (yellow line), District (green line) and Hammersmith&City (pink line), which is the traffic fortress and transfer station in central London.

Starting from Hyde West Park, walking distance to Oxford Street, Bond Street, Hyde Park and Chinatown. Depart from Paddington, take the Heathrow Express to Heathrow Airport, and take the train to Bistro Outlets. Paddington is also one of the stations of Crossrail Elizabeth Online.

Paddington is one of the major CBD in London. The area is mainly divided into four areas, with stations and hospitals in the south, CBD office buildings in the east and west, and Little Venice and Hyde West Park in the north. Paddington has a total office area of nearly 300000 square meters and a retail area of nearly 30000 square meters. The main large tenants are the headquarters of large multinational enterprises such as Vodafone headquarters, Prudential Insurance, Aviva, AstraZeneca, Martha, etc., with hundreds of large and small restaurants, shopping malls and hotels.

King's College London (KCL) is one of the founding colleges of the University of London. It was founded by King George IV and the Prime Minister, Duke Wellington, in the essence area of the Thames River in London in 1829. King's College London is a famous school in the Golden Triangle and Russell University Group, and has cultivated many Nobel Prize winners.

Hyde West Park is designed by Squire&Partners, a design company. The project covers a variety of facilities, including reception, fitness center, swimming pool and private cinema. A new central square complements the artificial waterscape and pleasant landscape, which largely explains the sense of magnificence.

3. Pay 10% of the house price within 12 months after signing the contract

4. The remaining 70% will be paid upon completion

I have a question

I want to make an appointment

If you need consultation, you can leave a phone number and we will contact you in time

*After successfully submitting the registration, we will get in touch with you as soon as possible through your contact information. British Lansha Group undertakes to take reasonable and safe means to protect the personal data provided by users, and will not provide personal information to third parties without the user's permission.