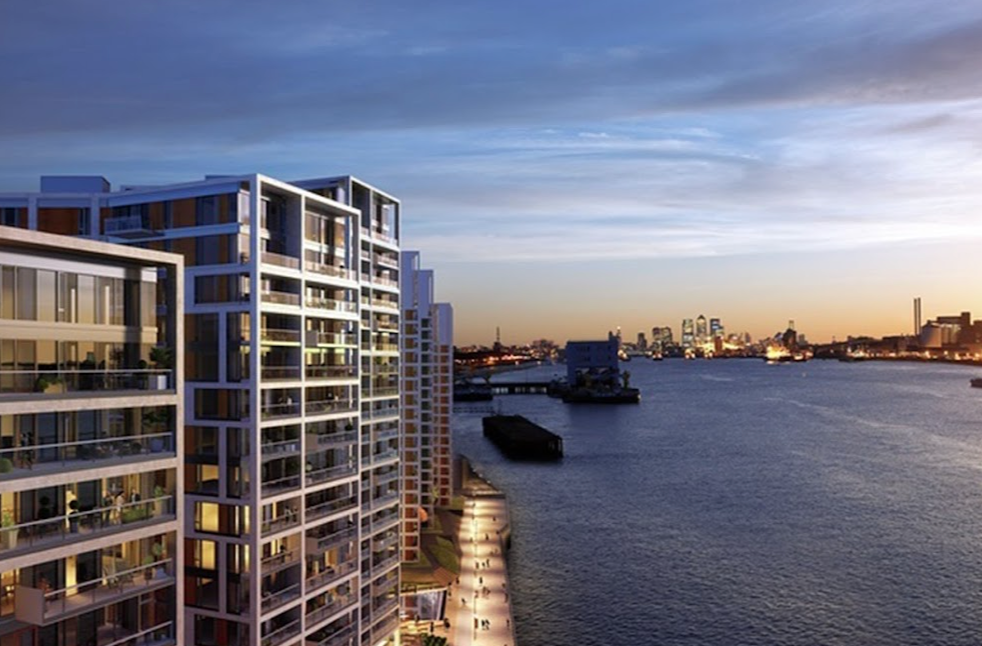 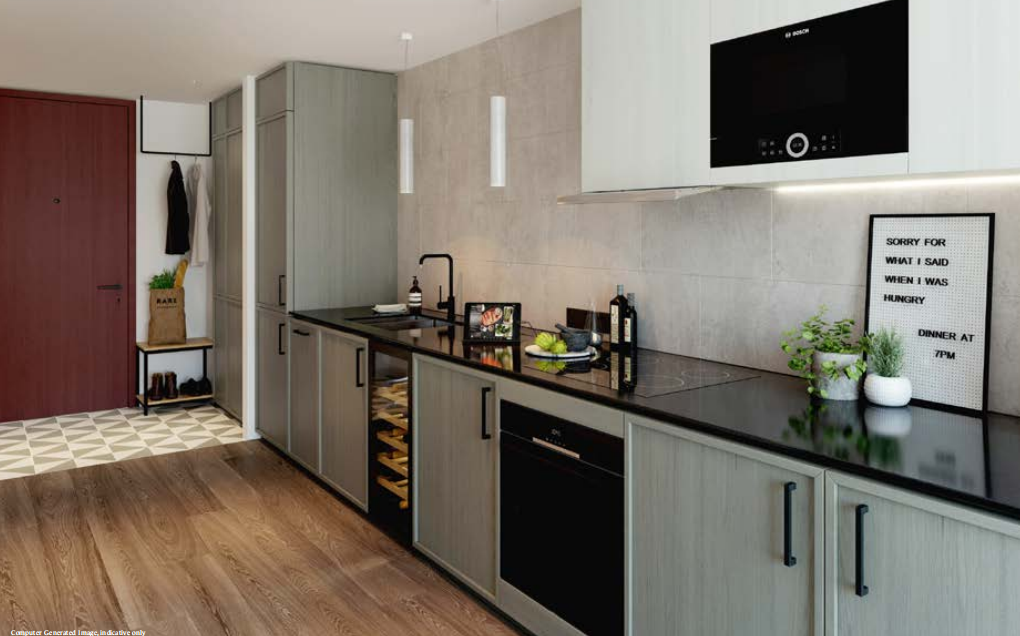 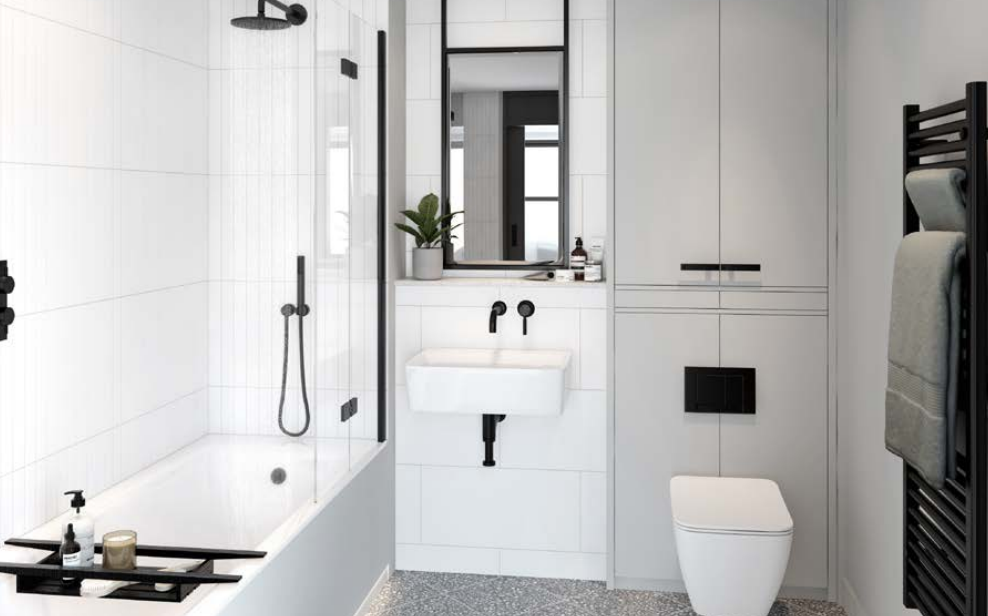 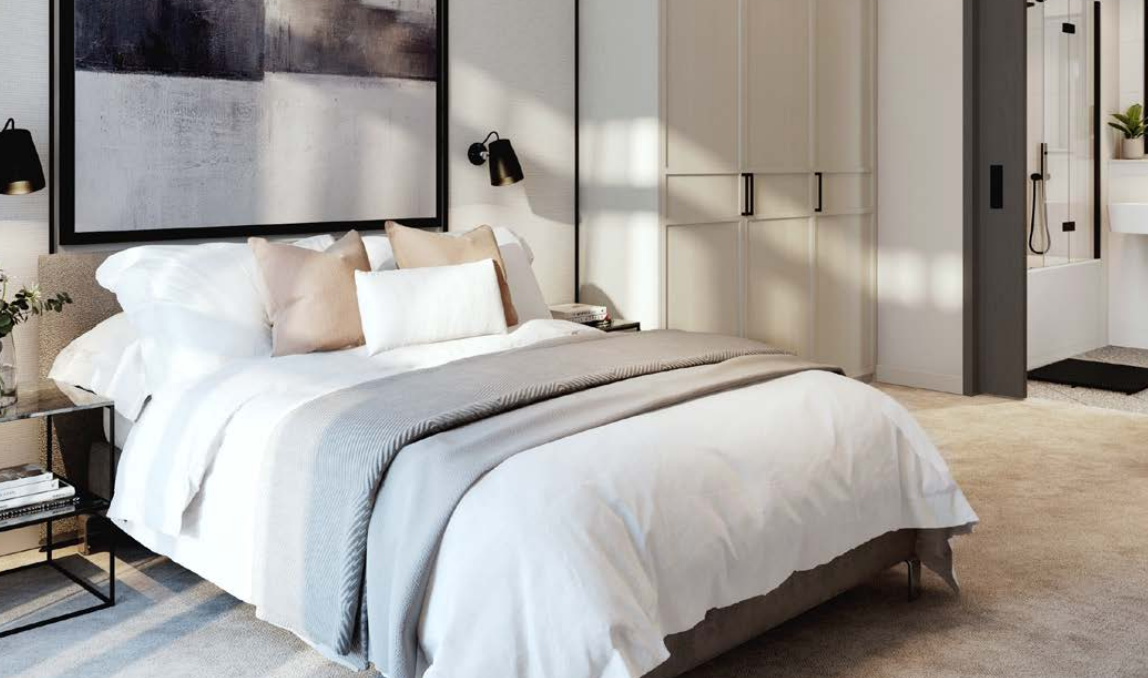 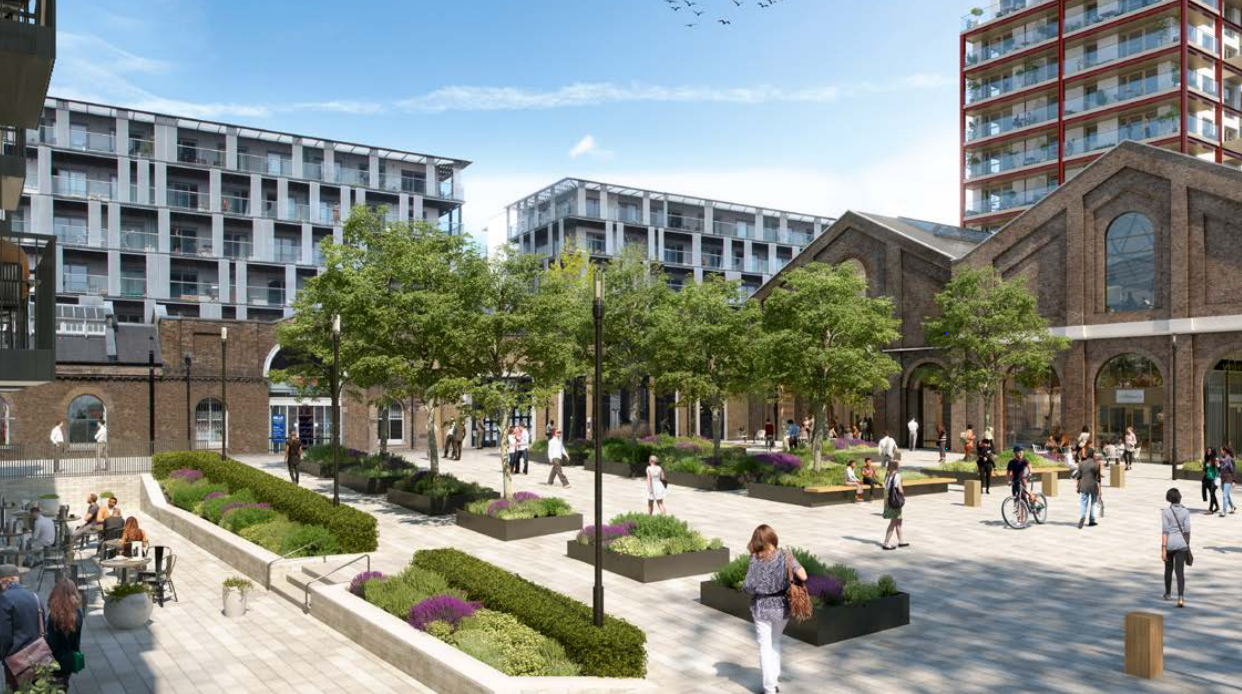 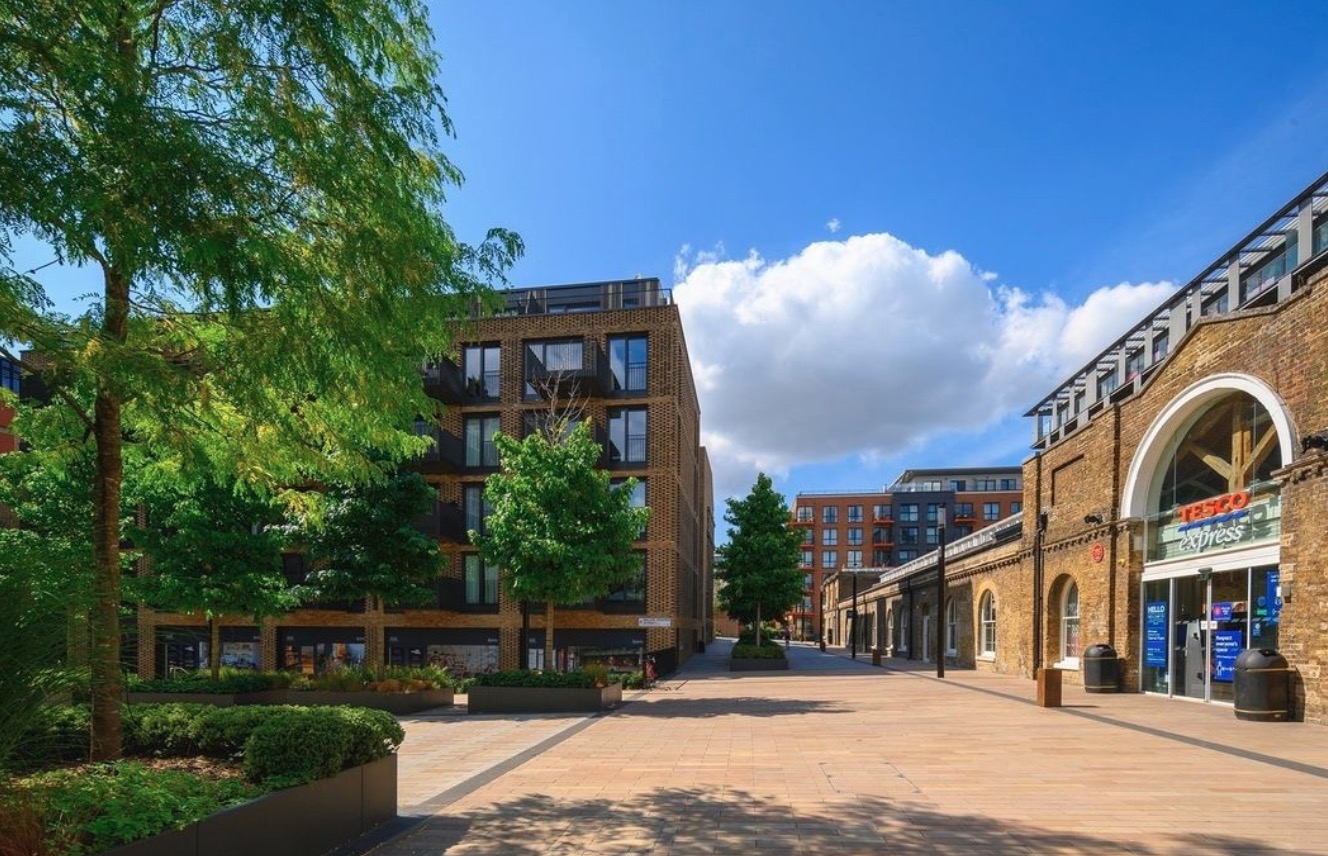 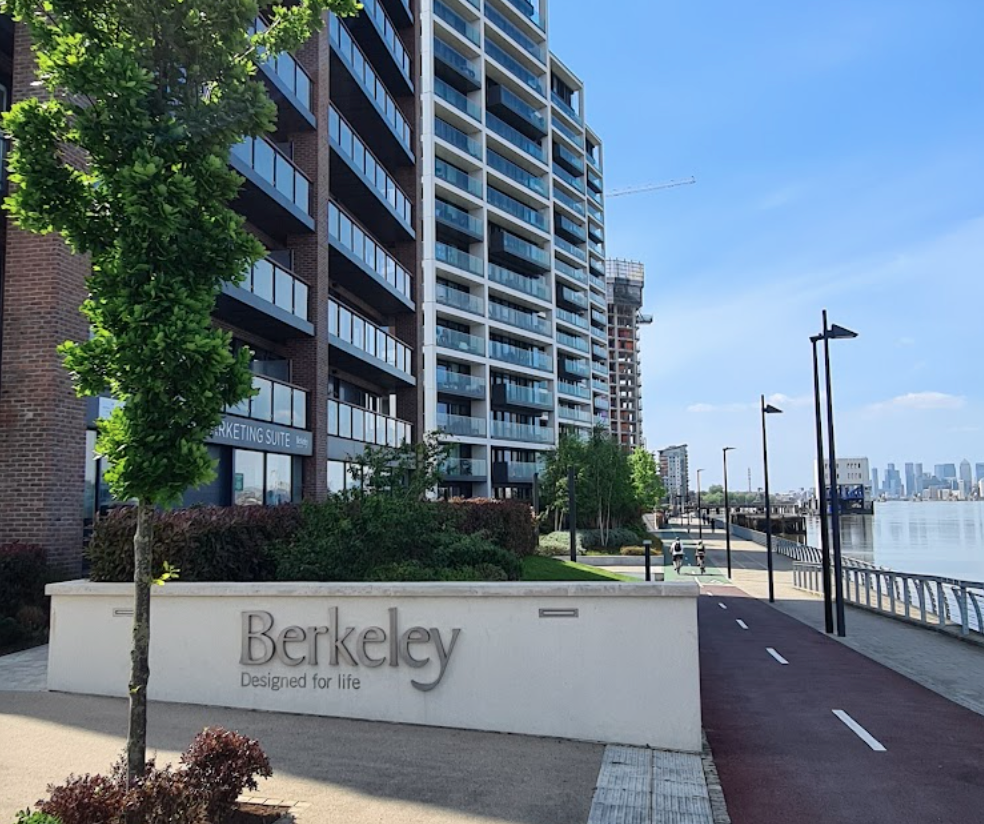 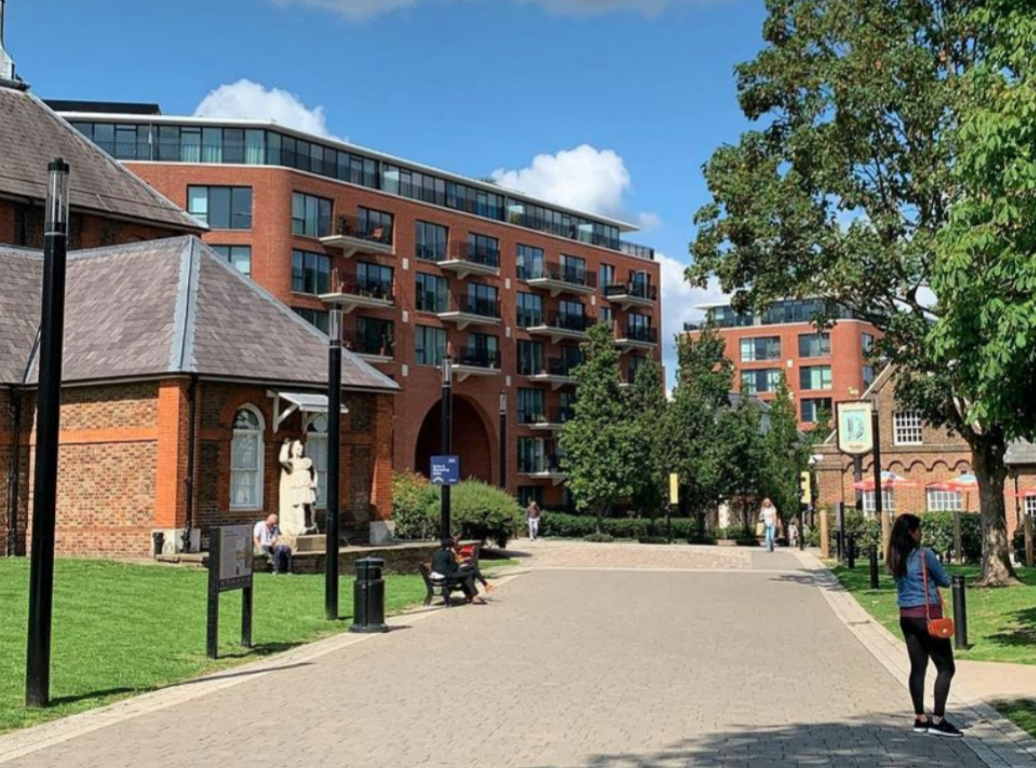 The project is located in Greenwich, the Royal Administrative Region of London, and is a large community project close to the Thames River.

Five modes of transportation around London make it easy for you to reach all parts of London: walk to London Light Rail DLR (Woolwich Arsenal Station); The dock boats in the project can go to O2 Gymnasium, one of the busy concert venues on the opposite bank; Surprisingly, the Woolwich Station of Queen\\\'s Line is built in the project area, and you can take the subway downstairs.

There are 24 primary and secondary schools rated Outstanding around the area, and there are nurseries, spa centers, park squares, large Tesco supermarkets and other supporting facilities in the community, which is convenient for life.

Today, Lansa brings you a super beautiful riverview apartment in the Royal Arsenal Waterfront, which is very close to the second financial city of Canary Wharf. The Queen's line is also in the residential area, and a one-bedroom room is in the price depression of 470000 pounds, which can be said to be a high-potential project.

Kingston obtained a charter from King John in 1200. It is located on the Thames River and is considered an important market town. Today, it is still an important hub, and its ancient market square is still thriving throughout the year.

Perhaps the old Kensington District and Kingston District have long been famous, but Greenwich, where the prime meridian is located, has become a relatively new area. It was designated as the administrative district to commemorate the Queen's Diamond Jubilee in 2012.

Greenwich has been the birthplace of the Tudor dynasty since the Middle Ages.

It attracts many people who want to leave the busy center of London and is also a good place to visit. Take a boat from Westminster to Greenwich and explore the region's heritage, including the Observatory and the National Maritime Museum.

While walking around Greenwich Park, an ancient park in London, you must walk on the hills of the park, where you will enjoy the magnificent scenery of the Thames and London.

On the bank of the Thames River in Greenwich District, there is such a vibrant community, where tens of thousands of people live. Every festival celebration, various performances are varied, and people gather in the square of the community, smiling and smiling

Every time I return to the community, there are thousands of homes with bright lights, warm and bright. The light illuminates the sparkling Thames River, and the future and life are not far away.

The riverside landscape is fresh and open. The Royal Arsenal Waterfront is located in Woolwich, Royal Greenwich District. It is a boutique apartment community carefully built by the British real estate developer Berkeley. The superior geographical location can provide residents with efficient connection to the main transport stations in London.

The project is close to the Thames River and is located in the southeast of London, facing the river. It has a riverside view and overlooks the Royal Victoria Garden and the Third Financial City across the river. The environment is beautiful and quiet, taking care of nature and life.

Delivery time: the third quarter of 2021

The Royal Arsenal Waterfront has five modes of transportation, and residents can easily reach all parts of London in a short time.

Starting from the project, you can walk to the Woolwich Arsenal station where the London Light Rail DLR is located. You can take the DLR to London City Airport, which is one of the important airports connecting London and the world, and fly to Paris, Barcelona, Geneva, Zurich, Frankfurt, New York, Milan and other cities. The world is close to you.

It is important to note that the "Queen's Line" cross-railway station, which is officially operated at the end of 2020 or the beginning of 2021, is located in the Royal Arsenal Waterfront Community, which is also a station of the Queen's Line in the residential project.

In addition, the wharf also located in the project can provide convenient transportation services for residents. The project can quickly go to London's Millennium Egg O2. Taking a ferry can not only achieve short-time commuting, but also enjoy the scenery along the Thames River.

In the past 20 years, it has become a large business and residential area with convenient transportation. The transportation network has improved significantly. In 1999, the Jubilee subway line extended to Dock Island. It only takes six stops from Westminster Station to reach Canary Wharf, and it is connected with the central line in the eastern suburbs at Stratford Station.

Canary Wharf has become a large group of skyscrapers in Europe, and can even threaten the status of the City of London. The Royal Dock, which occupies the eastern half of the dock area, has also been transformed into a London Exhibition Center. Four Seasons Hotel, Hilton Hotel, Marriott International and other hotels have also been built.

Among the numerous skyscrapers in Canary Wharf, the headquarters, branches and head offices of many banks, including HSBC, Citibank, Barclays Bank, Bank of England, Standard Chartered Bank, Roschalz Discount Company, JPMorgan Chase, as well as the Daily Telegraph, The Independent, Reuters and Mirror, have settled here

The Royal Greenwich area, where the Royal Arsenal Waterfront is located, is considered to be one of the areas with a larger growth rate in London in recent years. In addition to the convenience of transportation, it has attracted many financial talents working in the Canary Wharf and the Third Financial City to stay.

In addition, house prices in the Royal Greenwich area increased between 2000 and 2019, meaning that house prices doubled in every decade. As the rise of the Third Financial City is opposite to the project, we are bound to see a more rapid growth trend in the region in the next decade.

Royal Greenwich District is a famous school district in London. There are 24 primary and secondary schools rated as Outstanding in the area, and there are numerous educational resources. Other universities include such institutions as Goldsmith College in London and Greenwich University.

The greening landscape of the project community is perfect, and these landscapes create a space that can be appreciated by new and old residents all year round. In these public gardens, the planting of seasonal plants creates a better space in which you can spend outdoor time, and your home is close to you.

In addition, there is a waterfront club specially designed for residents, which provides perfect supporting facilities for your life and leisure. The swimming pool and thermostatic swimming pool in the club are open, and there are gymnasiums, saunas, spa areas, and public areas.

4) 12 months after the exchange of the contract, another 5% of the total house price shall be paid again

I have a question

I want to make an appointment

If you need consultation, you can leave a phone number and we will contact you in time

*After successfully submitting the registration, we will get in touch with you as soon as possible through your contact information. British Lansha Group undertakes to take reasonable and safe means to protect the personal data provided by users, and will not provide personal information to third parties without the user's permission.